"Onward and Upward: The Era of the Empowered Woman" 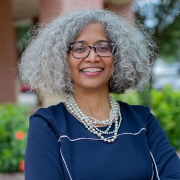 Dr. Collins is the inaugural Vice Dean for Inclusion and Diversity and Chief Diversity Officer in the Joe R. and Teresa Lozano Long School of Medicine and Associate Professor in the Department of Population and Health Sciences. She is recognized at both state and national levels for her work in health disparities, primarily as it relates to the social context and various societal influences that contribute to health differences (e.g., childhood obesity) among racial/ethnic and across socioeconomic groups. In 2016, she received the distinction of having one of the top-100 cited papers on health care disparities research published over a period of three decades. Collins received her doctorate from the University of Michigan and has been the recipient of numerous prestigious awards. She is a former Robert Wood Johnson Health Policy Scholar and Andrew W. Mellon/Woodrow Wilson Fellow, two prestigious national programs supporting early-career scholars. In April 2019, she was selected to join the prestigious 25th anniversary Class of the Hedwig van Ameringen Executive Leadership in Academic Medicine (ELAM) Program, a highly competitive program for women faculty in schools of medicine, dentistry, public health and pharmacy interested in senior administration. Additional leadership accomplishments include the Johns Hopkins University Leadership Program (2014) and the AAMC Healthcare Executive Diversity and Inclusion Certificate Program (2017-18). Collins is actively engaged at the national and regional levels in numerous capacities related to diversity, equity, and inclusion. She is the designated institutional officer for the Association of American Medical Colleges (AAMC) Group on Diversity and Inclusion (GDI), AAMC Gender Equity Lab Institutional Liaison, and former Member-at-Large on the AAMC Group on Women in Medicine and Science (GWIMS) Steering Committee. In fall 2019, she became the GDI chair-elect and will establish her duties as chair in 2021; she also serves on a variety of AAMC task forces and committees. A longtime advocate for gender equity and recognizing the critical importance of intersectionality, primarily as it pertains to women of color, Collins is one of the founding TIMES-UP Healthcare national advisory board members. Her Twitter account was recently recognized by ELAM as one of the most popular accounts to follow. 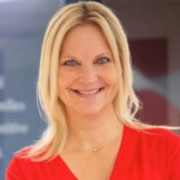 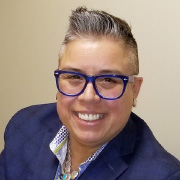 Judge Rosie Speedlin Gonzalez was born in Brownsville, Texas to parents who instilled in her a love for both her culture and country. From them Rosie learned the importance of service to her community and the value of people in her life. She graduated from St. Mary’s University with her law degree in 2001, then practiced law for 16 years, becoming the only lawyer in South Texas to be certified as a Child Welfare Specialist by the National Association of Counsel for Children. In her law career, she represented hundreds of foster children in the CPS system. She mentored several new attorneys, who went on to develop successful law careers. The judge had a solo practice, where she committed to hard work and service to her clients. Rosie loves the law; this passion led her to running for judge in 2018 of County Court 13; a misdemeanor domestic violence court in Bexar County. After a successful & victorious campaign, she took the bench in January 2019 as the presiding judge of Bexar County Court at Law No. 13. She ran with the following initiatives: 1) to create a drug court/ domestic violence specialty program that addresses the core issues that bring offenders into the courtroom; 2) to collaborate with UTSA’s Counseling Department to set up a therapeutic support for the victims of domestic violence. During the 2019 Texas Legislative Session, she co-authored HB 3529 which was sponsored by State Rep. Roland Gutierrez and Senator Jose Menendez. HB 3529 was signed into law by Gov. Abbott and mandates that a Specialty Drug Court be implemented within Bexar County Court at Law No. 13’s Domestic Violence Docket. Judge Speedlin Gonzalez recognizes the lack of resources in the community of San Antonio for our most vulnerable citizens. Further, she is aware that the most dangerous places in our city can exist in the home. She has dedicated her time on the bench to addressing the needs for an ever-increasing problem in our city. In 2021, the Texas Diversity Council honored Rosie with the LGBTQ+ Individual Leadership Award. In 2020, she was chosen as the recipient of the Alice Wright Franzke Feminist Award for outstanding work done and will continue to do that promotes the ideals of peace, empowerment, cooperation, equality and respect of all persons. Over the past two and half years, she was been honored as the PIONEER AWARD recipient by Bexar County Commissioners, awarded the POLITICAL ICON award by the PRIDE Center and was nominated for induction in the San Antonio Women’s Hall of Fame. She is an assistant professor at St. Mary’s University Law School where she co teaches the Child Welfare Law Seminar with tenured professor Ana Novoa, and teaches the Child Abuse & Domestic Violence Class at UTSA Downtown campus as a guest lecturer. Additionally, she is a featured writer for LA PRENSA TEXAS and is the author of their MANGUERA MEMORIES column; and a frequent guest speaker on the1Radio podcast hosted by Ms. Neka Cleaver. Judge Speedlin Gonzalez devoted her career as an attorney to obtaining fairness and justice for the disenfranchised and the voiceless. She was and continues to be committed to ensuring that women have a seat at the policy making table of their respective communities of origin. She has received the Adele Advocate for the Poor Award, has been inducted into the Order of Barristers and INNS of Court, and is a recipient of the Presidential National Leadership Award. She is a past Commissioner on the Hispanic National Bar Association’s Commission on the Status of Latinas in the Legal Profession, past Chairperson of the Hispanic Issues Section of the State Bar of Texas and Past President of both the MABA San Antonio Chapter and MABA Texas, and served on multiple non-profit and educational boards. She has been recognized for her community work and leadership by various organizations and associations and previously consulted women seeking political/public office. 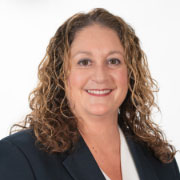 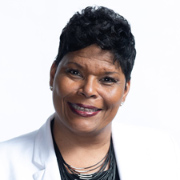