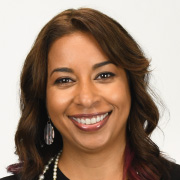 Shawn Alexander is vice president of Wireless Customer Service for Verizon’s Consumer Group. Her responsibilities include leading and developing a customer service field of 6K+ employees across the country. Known for her analytical approach, Shawn is a highly engaged, authentic and energetic leader to a workforce of talented and diverse work groups. As vice president, Shawn creates and executes strategies to drive all key performance indicators to positively impact customer experience, profitability, growth and employee experience. Shawn began her Verizon career in Operator Services. Since then, she has held a variety of positions of increasing responsibility in digital marketing, performance assurance, customer care, and operation groups across Network, Partner Solutions & global business markets. Shawn also served as a Master Black Belt in the Verizon Lean Six Sigma Program (VLSS). Ms. Alexander earned a Bachelor of Arts (BA) from Fordham University and completed her Masters in Technology & Information Management at NYU-Polytechnic in New York. Shawn resides in Atlanta, GA. She is an avid reader, DIY enthusiast, and enjoys spending her down time with close friends and family. Shawn has previously served as an advisory board member for National Academy Foundation (NAF) in NYC. 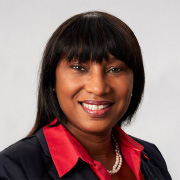 Dr. Ericka Davis, recognized in 2019 by the Atlanta Business Chronicle with the Women Who Mean Business Award, has worked over 25 years in the public and non-profit sectors and serves as Chief Communications Officer for the State Road & Tollway Authority (SRTA), the Georgia Regional Transit Authority (GRTA) and the Atlanta-Region Transit Link Authority (ATL). She has previously served as an award-winning Communications Director for the Atlanta BeltLine, Inc., Fulton County Government, the Georgia Department of Transportation, the Georgia Building Authority, State Properties Commission, Georgia State Finance and Investment Commission and the Georgia Department of Juvenile Justice. In her current role, Dr. Davis serves SRTA, GRTA, and the ATL agencies simultaneously. This is the second time she has served three state agencies simultaneously as a Communications leader. As Chief Communications Officer, she has oversight of marketing, communications and brand management for the Georgia Express Lanes System (Peach Pass), the Xpress Regional Transit that covers 12 metro Atlanta counties, and the ATL which has oversight of the transit planning and federal and state funding for the 13-county region. Dr. Davis joined SRTA and GRTA in October of 2017, and since that time under her leadership her team has successfully marketed the Northwest Corridor (NWC) Express Lanes, a $834 million transportation infrastructure project and the largest of its kind in Georgia history adding nearly 30 miles of reversible express lanes. The marketing campaign exceeded set goals and launches of the previous two Express Lanes by increasing Peach Pass accounts by nearly 98,000 in the Northwest Corridor and over 158,000 within its first year. There were over 400 digital and print articles written about the NWC Express Lane including an earned mention on Bravo's Real Housewives of Atlanta Porsha's Having a Baby debut episode which was seen by 1.4 million viewers. Dr. Davis and her team also received a Phoenix Award for Community Relations by the Georgia Chapter of the Public Relations Society of America for the project. In addition, she spearheaded a first-time sports partnership for SRTA with the Atlanta United which proved business savvy because at the close of the season they would win the MLS Championship. In 2020, she expanded the SRTA sports partnership to the Atlanta Braves where during the pandemic they launched the Be Brave Atlanta campaign awarding Braves tickets to First Responders, Healthcare and Retail workers. During the NWC Express Lanes launch, Dr. Davis was raising the brand of the Xpress Transit system with their Commute with Confidence Campaign and by leading the communications for transitioning customers to going "Full Breeze" moving away from temporary transit fare cards to Breeze cards. Over 80% of Xpress customers made the transition. While this was occurring, the Georgia General Assembly passed legislation to create the Atlanta-Region Transit Link Authority. Dr. Davis led the stand up for the communications of this new agency. Dr. Davis has ensured that social responsibility is included in her marketing efforts for the State Road and Tollway Authority (SRTA) initiating the SRTA Serves Program launching Peach Pass Goes Pink, a partnership with SRTA and the American Cancer Society for Breast Cancer Awareness. She also initiated a partnership with a local nonprofit, Inside Out Center, Inc., to sponsor the Atlanta Back 2 School Food Festival, a back to school rally and donations of school supplies (to stuff the Xpress bus) for Title I Schools in Cobb County Public Schools. Dr. Davis has contributed greatly to her community. She currently serves as the Immediate-Past President of the University of Georgia's Black Alumni Leadership Council, where she has served for the last four years. As a member of the Council, she created the concept and marketing plan for the 1961 Club Giving Society to fund the Black Alumni Scholarship Endowment Fund. Within six months of launch, the fund raised over $112,000 and Ericka was named a Volunteer of the Year by the UGA Alumni Association. The 1961 Giving Society which has raised nearly half a million dollars since 2017, has been featured in the Atlanta Journal Constitution and Higher Ed Today. Dr. Davis holds a Bachelor of Arts degree in English from the University of Georgia, a Master of Science degree in Technical Communications from Southern Polytechnic State University (now Kennesaw State University), and a Doctor of Philosophy degree in Leadership from Carolina University. She is an active member of Alpha Kappa Alpha Sorority Incorporated where she participates in numerous service projects and serves as a Trustee of New Macedonia Baptist Church in Riverdale, Georgia. 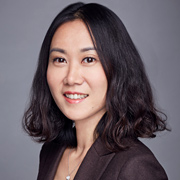 Rose Kwon, IT Digital and Customer Services, is responsible for Digital Products and IT Services of Digital Marketing and Customer Services in Mercedes-Benz USA with focus on Software Engineering, Mobile, Social, Big Data, Artificial Intelligence, Automation, Architecture, Emerging Technologies and Innovation having the customers’ best interest in mind. Rose joined Daimler in 2002 and has been responsible for planning, delivering and operating IT and digital products as CIO of Mercedes-Benz Korea, CIO of BMBS (Mercedes-Benz passenger cars in China) and NAFTA regional CIO for the sales, marketing and service of Mercedes-Benz in the United States, Canada and Mexico. With her belief in people and their potential, she has been leading organization and talent development of IT organizations to attract, develop and retain digital talents. She launched digital products including ecommerce for Mercedes-Benz Passenger Car, smart and aftersales in close collaboration with multiple business in North America and China. Before joining Daimler, Rose managed various projects as a consultant in Accenture Korea. She holds a bachelor’s degree in computer science from Pohang University of Science and Technology in Korea and Executive Master of Business Administration from Helsinki School of Economics. 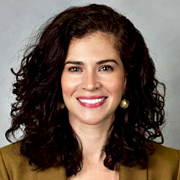 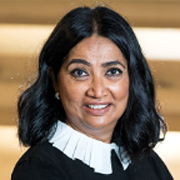 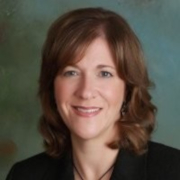