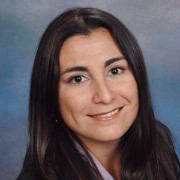 Ruth Giansante is Senior Vice President, Finance Services at World Fuel Services Corporation, a publicly traded, multinational fuel logistics company headquartered in Miami, Florida (NYSE: INT, Fortune 100). Ruth is of Italian and Puerto Rican descent. She received her undergraduate degree with double majors and honors in Accounting and Finance and also her law degree from the University of Puerto Rico. While in law school, Ruth also obtained her Certified Public Accountant certification. She then went on to work with O’Neill & Borges, a full-service law firm in San Juan, Puerto Rico, focusing on complex corporate transactions and securities work. In an effort to broaden her horizons and gain exposure to the international business arena, in 2004 she relocated to Miami to pursue an LL.M. in International Law from the University of Miami, School of Law. In January, 2005, Ruth became the General Counsel’s first hire in World Fuel’s then newly formed Legal department and held various roles and areas of responsibility within the Legal team. In 2009 she was promoted to Vice President, Associate General Counsel with responsibility for overseeing the legal compliance, employment and IP areas. During her tenure with World Fuel’s Legal team, Ruth played a key role in the development of the Company’s in-house legal function and the design and development of the Company’s global compliance programs. In 2014, she was promoted to Senior Vice President, Chief Audit Executive. In this capacity, she reported directly to the Chair of the Audit Committee of the Board of Directors. In 2018, following a substantial transformation of the company’s finance function, Ruth was promoted to Senior Vice President of Finance Services. In this role, she is responsible for providing strategic direction and functional oversight to the areas of Audit, Tax, Treasury, Procurement, Insurance & Risk Management, Real Estate & Facilities and Corporate Financial Planning & Analysis. In addition, Ruth chairs World Fuel Services’ Executive Risk Committee since 2016 and is also a member of the board of directors of Nordic Camp Supply, AS (a subsidiary of World Fuel Services Corporation).