"Creating Your Own Leagues" 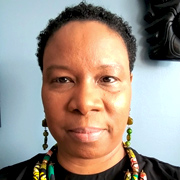 Writer and professor Furaha Henry-Jones has taught in public high schools and prisons, GED programs and college courses, charter schools for out-of-school youth, and migrant education programs to name a few. Her passion for helping people learn about themselves and others through the written word began in classrooms, but has extended into life beyond formal educational settings. Though she is commonly known for writing poetry, her most recent work has centered on the oral performance of personal narrative poems and storytelling. Currently, she is an Associate Professor of English at Sinclair Community College where she has also served as co-founder of the Ubuntu South Africa Study Abroad Program, director of the Annual Sinclair Writers’ Workshop, co-chair of the Center for Teaching and Learning Diversity and Inclusion Professional Development Track and member of the college’s American Council on Education’s Internationalization Lab Committee. Nearly two decades ago, Furaha Henry-Jones invested in her writing as a member of Dayton’s first National Poetry Slam Team. She has since become the Sinclair Poet Laureate and a recipient of the Ohio Arts Council Individual Excellence Award for Poetry. Her theatre work has included voice overs, narration, poetry performance, stage management and acting for various productions including, but not limited to Poetry at Durban Playhouse, The Signature Poetic Medley Show, A Song for Coretta, and One Sunday in Birmingham, Harriet: Navigation, Live and Thrive and Four Women: A Tribute to Nina Simone and the Black Arts Movement. Additionally, she has been a speaker for the University of Dayton Global Voices Symposium, a Dayton TEDx speaker, a featured presenter at University of Dayton Lit Fest, Dayton Art Institute, Antioch College’s Herndon Gallery and Coretta Scott King Center as well as a presenter at the Community College Humanities Association 2018 Conference in Baltimore and, League of Innovation 2019 Conference in New York. Furaha Henry-Jones has continued her personal growth and development through community work such as co-chairing the 35th Annual Martin Luther King, Jr Youth Prose, Poetry, and Art Contest, working as a founding member of a parent organization aimed at supporting and advocating for Black and multiracial youth in Centerville, and participating in the 2018 Cohort of the Women’s Leadership Collaborative of Greater Dayton. 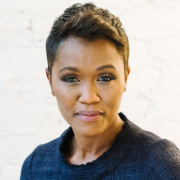 Shannon Isom is President and CEO of YWCA Dayton. She is responsible for the executive and administrative leadership of YWCA Dayton, dedicated to eliminating racism and empowering women. She served as a YWCA Dayton Board member, as well as Board Chair, before taking the helm in 2013. Isom began her career with YWCA Columbus; hired as a program manager of a pilot program, she solidified her commitment to women and her passion for community health. She has worked for Wyeth Pharmaceuticals Women's Health Division, Miami Valley Hospital, Premier Health Partners and CareSource. Isom has extensive post-baccalaureate education from The Ohio State University School of Medicine and Wright State University Boonshoft School of Medicine. She holds a B.S. in pre-medicine/biology from Spelman College and an MBA in healthcare administration from Northeastern D'Amore-McKim School of Business. Accomplishments include: Dayton Business Journal Forty Under 40 and Forty Under 40 Hall of Fame, Leadership Dayton, Dayton Business Journal 50 Most Powerful Women, Better Business Bureau WiBN Top 25 Women to Watch, and Antioch College Coretta Scott King Justice Award. She has spoken in a range of venues, including University of Dayton Human Rights Conference, TEDx Dayton, YWCA USA, Girls on the Run, and POWER RISING Summit. Through service on the YWCA USA Board of Directors, Key Bank National Advisory Board, Antioch College, City of Dayton’s Special Interest District, as well as President of the Ohio Council of YWCAs, her focus strives for political advocacy, mission, and collective voice within national, state, and local platforms. 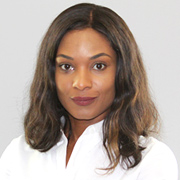 Amara Larson is certified as Professional in Human Resources (SHRM-CP, PHR). She has a decade of human resources management experience, and possesses expertise in integrated talent management, managing and maximizing employee performance and engagement, recruitment and retention. Amara is passionate about bringing leading-edge integrated talent analytics solution into HR functions for simplification. Previously, Amara served as a Senior Human Resources Business Partner for a large hardware retail corporation. There, she supported a multiunit district of $ 500m+ in annual sales revenue with approximately 2,000+ diverse employees to drive engagement. She led wide-ranging recruitment campaigns; consulted and coached leadership on change management, workforce transformation, trained management teams on employee relations, performance management and retention techniques. Amara earned her Bachelor of Science Degree in Consumer Science from The Ohio State University and a Master of Science degree in Human Resources Administration and Leadership from Central Michigan University. Amara is a Certified Professional in Human Resources (PHR, SHRM-CP), is a member of the Society for Human Resource Management (SHRM). She is a professional member of the Association for Talent Development (ATD). Amara’s life advice is be willing to take lessons from the most unusually experiences; sometimes we must step down to step up. As a self-proclaimed global citizen, Amara enjoys spending time traveling with friends, family, reading and listening to music. Her odd hobbies include: reading spiritual literatures, collecting quotes, amateur photography, podcasting for nonconformist women and allies alike. 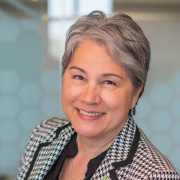 Teresa Macalolooy is the founder and CEO of Macalogic, an SBA certified 8(a) and EDWOSB. Macalogic specializes in IT consulting services, including program/acquisition management, financial improvement and audit readiness support, advisory/assistance services, and systems infrastructure/architecture engineering. Ms. Macalolooy is responsible for managing daily operations and oversees all aspects of back office operations.She is a frequent speaker and serves as a mentor to professionals interested in expanding their government and commercial careers. She taps into her three decades of government consulting experiences to create a different kind of people-centered company. Her personal philosophy is grounded in Macalogic’s core values of accountability, collaboration, respect, and value – she advocates for hiring consummate professionals with subject matter expertise who know how to deliver and serve clients to further their missions. Prior to forming Macalogic, Ms. Macalolooy was a Director at PricewaterhouseCoopers, where she was responsible for DoD-related business development. Before joining PwC, Ms. Macalolooy spent 22 years serving in a variety of technical, program management, business development, and leadership roles for large, small, and mid-size companies. Ms. Macalolooy earned a bachelor’s degree from Wright State University in 2001, graduating Suma Cum Laude. She is a lifetime member of AFCEA, where she currently serves as the Women’s Outreach Leader. She is a member of Women in Defense, and an active supporter of the Warrior Weekend to Remember. 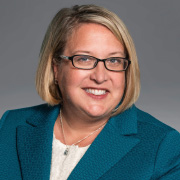 Angela Morrow is the President of LubriSource, Inc. With a passion for process improvement, Angela partners with leading suppliers and manufactures across multiple industries from steel, automotive, paper, aerospace and more to improve machinery reliability and up-time through automated lubrication systems. www.lubrisource.com As a graduate from Purdue University, with a M.S. in Total Quality Management, Angela believes in sharing best practices and scaling operations for growth. While at SAP in product management and global marketing, she developed a great passion for IOT and Smart Factory. Certified by WBENC and WOSB, continuous learning is a key value for Angela and is a graduate of the 2019 P&G Executive Business Development program and a current member of the 2020 Marathon Petroleum Company LEAD class . “One book I’d recommend is Rookie Smarts by Liz Wiseman. This book has helped me to overcome doubts and to look at my skills and strengths through a difference lens to focus on personal and professional growth” Angela enjoys family game night with her two daughters and sitting by the firepit with her husband. Connect with her https://www.linkedin.com/in/angelamorrow 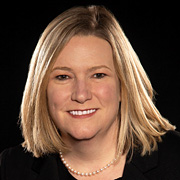 Nan Whaley is proud to choose Dayton as her home. Originally from Indiana, Nan attended the University of Dayton where she graduated in 1998 and soon settled in the Five Oaks neighborhood, where she and her husband Sam reside today. Her career is distinguished by her commitment to public service, civic involvement and interest in local government. First elected to the Dayton City Commission in 2005, Nan was the youngest women ever chosen for a Commission seat. She was proud to be elected as Dayton’s mayor in 2013 by a double-digit majority. In 2017 she was re-elected mayor without opposition, a first in Dayton’s history. As mayor, she has focused on the areas of community development, manufacturing, and women and children. Nan is a national leader among her peers, serving on the Board of Trustees for the U.S. Conference of Mayors as well as the Chair of the International Committee for the Conference. She serves as a Vice Chair for the National League of Cities, Council on Youth, Education and Families. Nan is also a founding board member for the Ohio’s Mayor Alliance, a bipartisan coalition of Ohio’s 30 largest cities. Nan has been committed to the political process in local, state and national elections. While in college, she served as Ohio Chair of the College Democrats. She currently serves as the Vice Chair of the National Conference of Democratic Mayors. Additionally, she is a four-time delegate to the Democratic National Convention. 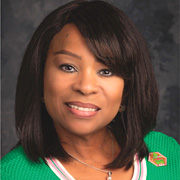