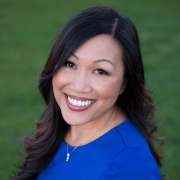 Denise Miles is a Senior Vice President with Wells Fargo’s Corporate Responsibility and Community Relations. She is the Foundation Manager overseeing seven counties in the Bay Area. Denise has been with Wells Fargo since 2004 and assumed her current role in 2018. Previously Denise worked in Diversity & Inclusion and Strategic Philanthropy where she led strategy for a select portfolio of national nonprofit organizations focused on advocacy and civil rights. She also was a Community Development Officer in the San Francisco Bay Area, responsible for managing economic development and affordable housing programs. Denise began her career at the company in Corporate Communications supporting the Community. Prior to joining Wells Fargo, Denise worked for the City and County of San Francisco in Mayor Willie L. Brown’s Office of Neighborhood Services where she served as the Community Liaison for several city districts and the Filipino community. Denise’s career started in television news working as a television news producer for a CBS affiliate in Reno, NV, followed by an Assignment Editor position for a Fox affiliate in the San Francisco Bay Area. She has also freelanced for Fox News Network and Fox Sports Network. Denise holds a B.A. in Political Science with a minor in Journalism from San Jose State University in California. She has received several awards including the National Urban League’s Donald H. McGannon Award and the Pacific Asian American Women Bay Area Coalition’s Emerging Leaders Award. Denise was also named one of the 100 Most Influential Filipina Women in the U.S. by the Filipina Women’s Network. Denise is a board member for the Boys & Girls Clubs of Oakland and member of the Women In Sports and Events SF Bay Area Chapter. She is a past graduate of Emerge America and Leadership California. Denise and her husband currently reside in the East Bay.