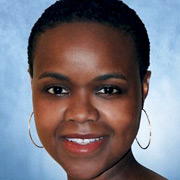 An award-winning journalist, she started her broadcast career in radio, as a talk show host for WDAO-AM, in Dayton, Ohio. Her first position in news was as a producer/reporter for WHIO-AM, also in Dayton.

After transitioning into television, she worked as a Producer, Assignment Editor, Senior Producer, Community Affairs Producer and Public Service Announcement Director. She has a passion for news and storytelling that has inspired a career of more than 20 years.

Cope-Walton has a B.A. in English Literature from Central State University in Wilberforce, Ohio, and is a proud lifetime member of the Central State University General Alumni Association. She also serves on the Advisory Board for the E.W. Scripps School of Journalism at Ohio University, and serves on the School Commission for St. Joan of Arc Catholic School in Indianapolis, Indiana. She holds memberships with the National Association of Black Journalists, the Indianapolis Association of Black Journalists, the National Academy of Television Arts & Sciences Lower Great Lakes Chapter, the Radio, Television & Digital News Association and she is a former Fellow for the Carole Kneeland Project for Responsible Journalism.

Cope-Walton believes in serving the community and has dedicated herself throughout her career to assisting various non-profit organizations with tutorials on the most effective ways to share information about their services and events. She serves as a volunteer and advocate for the Riley Children’s Foundation, the American Diabetes Association and Coburn Place Safe Haven. She is also a proud member of Delta Sigma Theta Sorority, Incorporated and The Links, Incorporated.