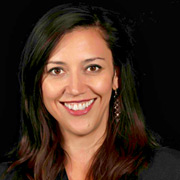 Dr. Nathalia Jaramillo is a Professor of Interdisciplinary Studies at Kennesaw State University, with a focus on Gender and Women’s Studies and Latino/a Studies. In addition, Nathalia served as Deputy Chief Diversity Officer at KSU from 2014-2018 and was instrumental in building and establishing the Office and its university-wide initiatives. Prior to her KSU appointment, Nathalia held faculty positions at the University of Auckland New Zealand, Faculty of Education, School of Critical Studies (2011-2014) and Purdue University, College of Education, Department of Educational Studies (2007-2011). Nathalia collaborated closely with a number of departments at her respective institutions, conducted research and taught courses on social justice, critical theory, and critical methodologies. Nathalia has written extensively in the fields of critical educational thought and politics of education. Nathalia has lectured throughout Latin America, Spain, Finland, Turkey, Greece and Portugal. A selection of her co-authored and single-authored work has been translated into Spanish, Portuguese, Greek and Turkish. Her work is inter-disciplinary and examines questions around culture, politics, gender and epistemology utilizing the frameworks of decolonial and feminist thought. Prior to her faculty roles, Nathalia held legislative and administrative positions. She was a policy analyst for two prominent think tanks in Washington DC, and a school administrator in Central Los Angeles. Her advocacy and leadership has focused on a range of issues that include economic, ethnic, racial, linguistic, and gendered equity. Nathalia was born in Los Angeles and is the daughter of Colombian immigrants. Her native language is Spanish and she maintains close ties to Latin America. Nathalia holds a doctorate from the University of California Los Angeles in Urban Schooling. She received a Master’s in International Education Policy from Harvard University and a Bachelor’s in Psychology from the University of California Riverside.