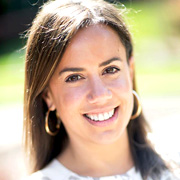 Jane Hale Hopkins is the President-Elect and Executive Vice President of the Coca-Cola Scholars Foundation. Founded in 1986 by The Coca-Cola Company and its U.S. based bottling partners, the Coca- Cola Scholars Foundation has awarded over $66 million in scholarships to over 6,000 Scholars nationwide, enabling a brighter future for each one. As the EVP, Ms. Hopkins is responsible for advancing the Foundation’s efforts to develop an influential community of socially conscious and service-minded leaders who positively shape the world.

Ms. Hopkins has a Bachelor of Arts in Government from Centre College, a Masters of Public Administration from New York University, and a Masters of Business Administration from the Goizueta School of Business at Emory University. She serves on the Board of Directors of the Phi Theta Kappa Foundation, the Jeanette Rankin Foundation and GA CASA. She is the past Treasurer of the Board of Directors of the National Scholarship Providers Association. She was selected to participate in the Hull Fellows Leadership Program through the Southeastern Council of Foundations in 2004.