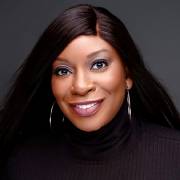 Currently, she is the Chief Possibility Officer at the YWCA Metropolitan Chicago which is the oldest and largest women’s organization in the region. As the CPO, Coleman introduced cultural transformation and talent management initiatives as an instrument of business optimization that is advancing strategy and operational outcomes at the YWCA Metropolitan Chicago. In addition, Coleman is the President of Reimagine Development Organization, Inc. where she provides clients with various organizational development solutions.

Coleman earned her Ph.D. in Organization Development in 2016 from Benedictine University. In 2014 she received, “The Best Student Paper Award” at the Academy of Management. She went on to be the recipient of the Best Paper Collaboration award from the Academy of Management in August 2016. Coleman also holds a Master of Science degree from Loyola University and a Bachelor of Science degree from DePaul University. She also holds various leadership and organization development certifications.

Coleman’s titled chapter: Role Modeling as an Alternative to Mentoring for Career Development Outcomes in Organizations is included in the 2018 volume of Leadership and Role Modeling: Understanding Workplace Dynamics.

Coleman deeply believes in the importance of philanthropic work and is affiliated with several local and national organizations, has earned several awards throughout her career and is often requested to speak nationally and globally showcasing her expertise in organizational and leadership development.