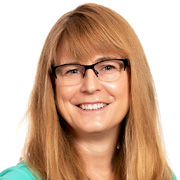 Ms. Wysolmierski was named Chief Tax Officer in November 2007. In this role, she leads the team that manages all areas of corporate income tax for 70+ countries from planning to reporting to compliance to controversy. She joined Avnet in October of 1998 as Manager for Tax Research and Planning progressing to Tax Director for the Americas before taking on her current role. Prior to joining Avnet, Jill was a Tax Director at AT&T in New Jersey supporting several areas of tax in her tenure there. She started her career at KPMG where she focused on income tax for large banks and publicly held companies. Ms. Wysolmierski is a CPA with a Masters of Tax from Seton Hall and a combined degree from Pace University; a Masters and Bachelors of Accounting. Jill and her husband have two daughters that are currently pursing college degrees in their chosen fields.