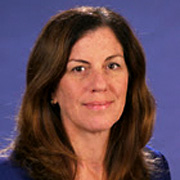 Prior to joining Hawaiian Electric, Cecily worked in production and material planning for large manufacturers on the mainland. In 1992, she joined Hawaiian Electric as a Material Analyst, with responsibility for automating company inventory systems.

During her time here, Cecily has served as a team lead for an Enterprise Resource Planning software implementation, as a frontline Supervisor of Hawaiian Electric’s warehouse operations, leading to her role as Manager of Support Services group where she was responsible for purchasing, vehicle fleet, and materials management. In 2009, Cecily accepted an assignment to source biofuels for the newly constructed Campbell Industrial Park (CIP) Generating Station. This role led to her appointment as Fuels Department Manager in 2010 where she led solicitations for advanced biofuel development projects. As the Manager of Fuels, she was responsible for the daily operations of fuels used in power generation, the Company’s fuel pipeline and tank infrastructure, fuel contract negotiations, and regulatory filings.

In 2017, Cecily promoted to Vice President of Energy Delivery where she oversees transmission, distribution, and engineering for Hawaiian Electric, Hawaii Electric Light, and Maui Electric.

Cecily completed her Executive MBA at UH’s Shidler Business College in 2009. She completed her Bachelors of Science in Business Management in 2007 via the University of Phoenix on-line curriculum.