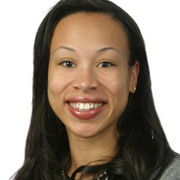 Lynee attended Furman University and graduated with a Bachelor of Arts in Political Science and Spanish. She then attended Syracuse University Law School and received her Juris Doctor with a concentration in International Law. While in law school, Lynee clerked with a private firm in Cincinnati, Ohio. After graduation from law school, Lynee entered private practice with the same firm, where she was a transactional lawyer focused on mergers and acquisitions, commercial contracts and securities. Lynee joined General Electric Company’s Aviation operating unit in 2010 as Compliance Counsel focused on compliance with global anti-bribery and anti-corruption laws. Lynee’s role expanded to that of Supply Chain & Compliance Counsel in 2013. In 2015, Lynee took a role in GE Aviation’s Business & General Aviation business unit, where she currently provides legal counsel on Sourcing and Supply Chain matters.

Lynee is on the Board of the YMCA of Greater Cincinnati. She is married to Ed Campos and they have two children, Nate (11) and Eli (8). She enjoys spending time with her family, reading New York Times bestsellers and playing recreational volleyball.