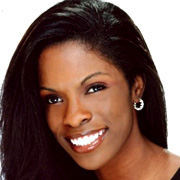 Deondra Rose is an Assistant Professor of Public Policy and Political Science at Duke University. Her research focuses on the feedback effects of landmark higher education policies on the American political landscape. Her first book, Citizens by Degree: Higher Education Policy and the Changing Gender Dynamics of American Politics (Oxford University Press, forthcoming), examines the development of the National Defense Education Act of 1958, the Higher Education Act of 1965, and Title IX of the 1972 Education Amendments and their impact on the gender dynamics of American citizenship. Rose’s research has appeared in Studies in American Political Development, PS: Political Science & Politics, the Journal of Policy History, and the Journal of Women, Politics & Policy. A summa cum laude, Phi Beta Kappa graduate of the University of Georgia, Rose received her M.A. and Ph.D. in Government from Cornell University, with a specialization in American Politics and public policy. She is an alumna of Barack Obama’s 2006 “Yes We Can” Campaign and Political Training Program; and, prior to entering academia, she worked in Georgia and Minnesota politics.