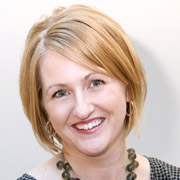 Since June of 2004, Sara has been leading the effort to develop a new organizational coalition to unite, coordinate and amplify the voices of women’s health supporters in Wisconsin. Prior to assuming this role, Sara was the Northeast Director of Membership and Professional Relations for the Wisconsin Medical Society. She received her undergraduate degree in Political Science from the University of Wisconsin Eau Claire. She was a 2009 Mid-America Public Health Leadership Institute Fellow and is Past President of the Wisconsin Public Health Association. In 2010, Sara received a Champion of Women’s Health Award from the Wisconsin Women’s Health Foundation. In 2011, she was recognized by the Wisconsin Coalition Against Sexual Assault with a Voices of Courage Award. In 2012, Sara was honored with a HealthWatch Wisconsin Outreach Effort Award for her coordination work of the Save BadgerCare Coalition, an Outstanding Recent Alumni Award from UW Eau Claire, was named a Woman to Watch by BRAVA Magazine and was named a Champion of Change by the White House for her work related to the Affordable Care Act. In 2015, The Business Forum of Madison honored Sara with an Athena Young Professional Award.