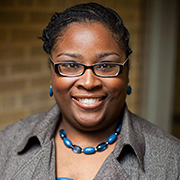 After graduating from law school, she served as a seasonal admission recruiter for MC Law. Tiffany was promoted to full time recruiter the following spring. In this capacity, she represented the law at various recruiting events around the country. Tiffany later took the position of Acting Acquisitions Librarian for the Law School, in which she also instructed legal research. Subsequently, she served as the Reference Librarian for the Mississippi State Supreme Court while serving as a legal research adjunct at the Law School. In 2012, Tiffany rejoined the MC Law administration as its inaugural Director of Diversity and Outreach where she led the marketing and promotional efforts of the admissions process for minority markets. Currently, she is the Assistant Dean for Diversity and Recruitment Initiatives.

Tiffany has been invited as guest lecturer at Tougaloo College, Jackson State University, and the University of Southern Mississippi. She has published as co-author in the area of constitutional law, as well as publishing several book reviews. Tiffany is a researcher with interest in Historically Black Colleges and Universities, social justice, minority student retention, and undocumented students.

Additionally, Tiffany is very active in the community by mentoring high school students, a charter member of the Sunrise Rotary Club of Metro Jackson, and a founding member of the Jackson Professional Group. She is member of the Clinton (MS) Alumnae Chapter of Delta Sigma Theta Sorority, Inc. and a member of the 2013 Leadership Greater Jackson class and 2015 Mississippi Black Leadership Institute.